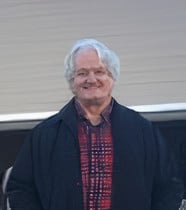 My name is Skip Press. I’m the author of the Complete Idiot’s Guide to Screenwritng and have had more than 50 books and novels published and Ive taught well over 100,000+ writers to be more profitable.

I’m moderator on a “Space” on Quora called “Ask A Screenwriter.” We currently have over 620,000 followers. Earlier this year I published an ebook of mine, Screenplay to Novel: Real Money from Used Pages – It’s a ten-step guide to turning any screenplay into an excellent novel that you can sell, whether the script sold or not.

I mentioned the book on the Space and heard from Dirk Oerlemans, a filmmaker from The Netherlands, who hired me to turn a screenplay of his into a novel we called Cats of Amsterdam. We’re both thrilled with how it came out.

There was a problem. Dirk speaks English well but I don’t speak Dutch. So I got lucky and found Lingvanex and it was a great time-saver. I used it to translate different versions of the Dutch script into English and then used that text to create the novel. I found it could translate an entire screenplay in a very short time with great accuracy. *I would recommend it to anyone.

Our new digital products will take your workflow to all-new levels of high productivity. We know you'll find everything you need - and more! Start building with Stack.