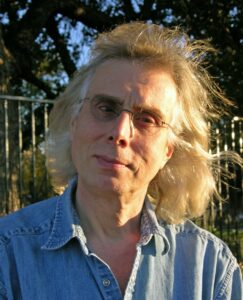 ‘Mark Sealey is a retired educator and technology specialist who has learned several languages over the years and specializes in the humanities.

A British expat, he now lives in California where he worked as part of the web team and in IT for the J Paul Getty Trust before he retired. A Mac user and reviewer for over 30 years, he knows good software when he sees it’

We can be forgiven for being skeptical about any software which use ‘intelligence’ to work: natural language processing, Optical Character Recognition, text-to-speech, speech-to-text – and of apps which claims to translate more than single words from one language to another.

Google translate does a reasonable job – until what needs to be translated becomes really idiomatic; and/or until large chunks of text are involved.

Could there be software that does better?

Yes! Without a doubt: Lingvanex Translator is truly amazing in its accuracy, speed, array of features, stability and user support.

Its MSRP is high, to be sure; but this reflects the complexity and sophistication of Lingvanex Translator. And heavily discounted offers are now widely available (from MacUpdate, for instance) for the annual subscription model on which Lingvanex is sold.

The results really are stunning. For most users accuracy and idiomatic results are what count more than anything.

For example, Lingvanex does a superb job of selecting the correct lexical and syntactical equivalent of words like ‘light’… is it a noun, a verb, and adjective?

Lingvanex always gets it right.

Then many Romance languages use the definite article when English would omit it… ‘Honesty is a virtue’ correctly becomes ‘L’onestà… ‘ in Italian.

And so on. No matter what you ask Lingvanex to translate, it seems to cope and produce fully exportable natural-sounding translations surprisingly quickly given the complexities of the process – especially when there are complex sentences.

For example, take this sentence:

Think of these at least five potential stumbling blocks:
’terrific’ can have several meanings apart from as a synonym for ‘very good’
the subordinate clause beginning ‘even when…’ has no comma
the words ‘…what that is and whether…’ are hard to parse
‘…whether or no…’ would usually be ‘…whether or not…’
‘…by end of today’ is missing both the definite article, ‘…the end…’ and a full stop/period at the end of the sentence

Yet Lingvanex somehow manages to parse and correctly translate everything! *

Lingvanex also speaks – naturally and with intonation. Text can be dictated easily (and virtually fault free) into Lingvanex using a microphone.

There is a simple, easy-to-understand ‘Ribbon’ of commands, tools, options across the top of the single window; some of these are replicated in standard Mac Menus. This interface is clean, unfussy yet flexible and a delight to navigate – with tabs for History, Bookmarks and Dictionary

A demo version is available for you to see just how accurate, fast and reliable the software is.

By all means keep your scepticism; reserve judgment. But be prepared for a shock!

Our new digital products will take your workflow to all-new levels of high productivity. We know you'll find everything you need - and more! Start building with Stack.